In these winter times, soup warms and comforts. The good news is that it’s also good for your figure thanks to its filling effect. So tonight it’s decided, it’s soup menu! 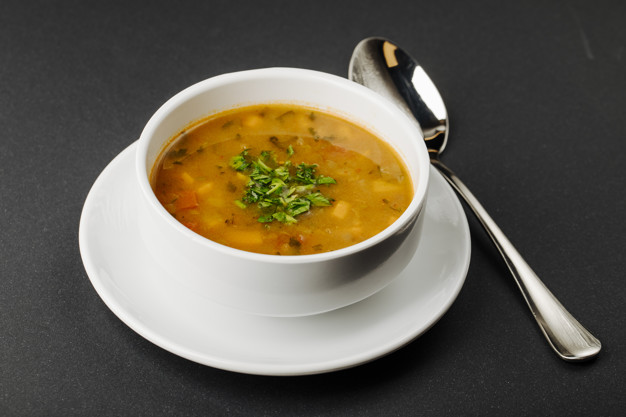 Traditional soup usually includes vegetables. However, the fibre contained in vegetables not only limits the absorption of fat and cholesterol, but also increases the feeling of satiety.

So there’s nothing like a plate of soup when you’re feeling a little hungry to reduce the urge to snack and fight excess weight. Better still, served as a starter, it satisfies quickly. If soup does not make you lose weight, it helps to limit food intake during the rest of the meal. 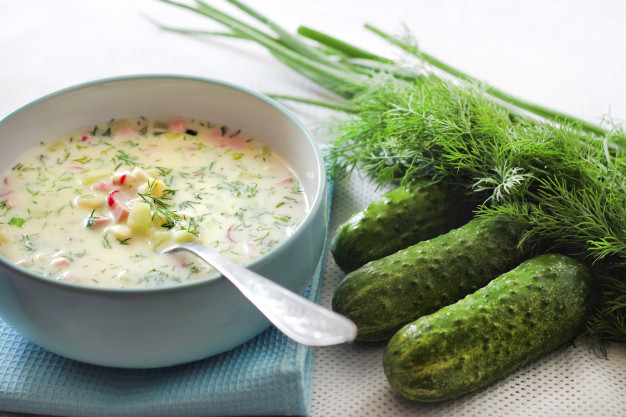 The other advantage of vegetable soup when you’re watching your figure is that it provides few calories (90 to 150 kcal on average for a 300 ml bowl) compared to the large quantity consumed.

Vegetables and water, which are the main ingredients of the soup, are indeed low calorie foods. They occupy a large volume on your plate and in your stomach, and therefore take longer to be digested. This means that they fill you up better and longer than high calorie foods.

A supply of essential micronutrients 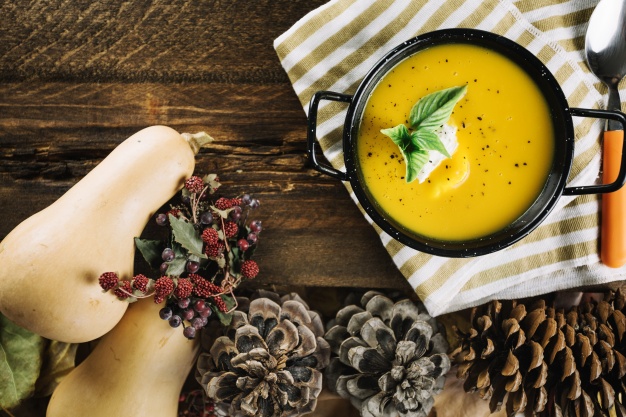 Another significant advantage of soup is that it makes you eat vegetables, which provide the important micronutrients that are essential to avoid vitamin and mineral deficiencies during a diet.

Soup therefore naturally finds its place in a diet when you are careful to control your weight.

What to eat with soup for a balanced meal?

The main thing is to vary the pleasures and to innovate so as not to get bored,” she explains. Today, there is a wide range of recipes for making soup, from the most classic to the most exotic, there’s plenty to do! »

However, to keep the soup as a thin ally, don’t combine it with any other food.

If you eat the soup as an appetizer. A bowl of vegetable soup (leek, turnip, carrot, zucchini, cauliflower, celery, onion, tomato, sorrel, cabbage, watercress, broccoli, spinach, squash, pumpkin), followed by a dish of starch and protein (fish, egg, meat). Finish with a dairy and a seasonal fruit, preferably raw.
If you eat soup as a main course. A soup composed of vegetables, a starchy dish (potato, lentils, peas, vermicelli, bulgur and quinoa…) and a source of protein (ham, salmon…). Follow with a dairy and a fruit.
Three tips for a healthy soup
– Be fat-saving. To thicken a soup and make it more creamy, replace the crème fraîche with a little milk, soy cream or cornstarch.
– Avoid cheese, if you don’t want to increase the calories.
– Flavour with spices to limit salt consumption. Also, think about herbs that give flavour but without the calories. This trick applies to all the dishes you prepare.